The municipal surplus value or as some know it … IIVTNU (Tax of the Increase in the Value of the Land of Urban Nature), is the tax that every municipality applies to the transmission of urban property that takes place in its municipality (either by purchase or inheritance) and regardless of the existence of an increase in value, benefit or wealth enrichment. As a property stays more years in the hands of a person, the greater the surplus value to be paid (should be). This tax has nothing to do with the inheritance tax, property transfer tax or declaration of annual income based on the patrimonial benefits, it is ANOTHER tax, another reason for contributing to the battered administrative coffers, mistreated and malfunctioned by those who manage them.

The aforementioned municipal tax has recently suffered a major setback by the Constitutional Court of Spain, by which, through its Sentence 59/2017, of May 11, 2017, declares null and unconstitutional «ex origine» the article which Local Treasury Law uses to regulate the calculation of the tax base of the aforementioned Municipal Capital Gains at a national level. 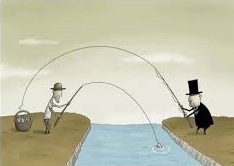 In the year 2017 the aforementioned Judgment was published, which, and by reason of an overwhelming logic, declared unconstitutional and null and void Article 107.1 and 107.2 of the  Law Regulating Local Taxes that regulated the calculation of the tax base of the aforementioned tax. All the municipal capital gains that it declares are regulated, so if an urban property is sold or inherited for a lower value for which it was handed over, the tax itself is null and abusive given that «per se», it would lose its whole meaning. For this reason we know that by this judgment, all the surplus value paid before four years and one month (with regards to sales) or four years and six months (in the case of inheritance) whose loss of assets between the acquisition and sale are likely, are null, void and in consecuence reimbursable.

The Constitutional Court has expressed forcefully and clearly that the article regulating the calculation of the taxable base of the aforementioned tax is null and void, therefore making us think that all those who satisfied this tax, whether for sale or inheritance, did so unfairly. This is because (to be crystal clear) if one who bases the calculation of an obligation on agreed interests based on a formula and then it turns out that said formula is wrong, how is it supposed to calculate that interest with a wrong formula? The answer is that you can not, therefore such a tax would be uncollectible and unenforceable. Until the law that regulates it or the «wrong» formula itself is reformed, therefore, THERE IS NO ARTICLE THAT CALCULATES THE TAX AND THEREFORE THE LAW HAS NO MEANING.

Since the Sentence of the aforementioned judgment, capital gains have been used, with or without benefits, and it is now when the Contentious Administrative Courts of this Country are proclaimed as follows:

– In the first place, because we are not really faced with an interpretative ruling, since the Constitutional Court ruling does not indicate that the precepts are constitutional if they are interpreted in such a way, but that it has directly expelled them from the ex origine legal system.

– Secondly, because, having eliminated articles 107.1 and 107.2 of Royal Legislative Decree 2/2004, of March 5, which approve the Local Treasuries, the definition of the tax base has disappeared from the tax and the possibility of calculating the value of the land at the time of accrual.

– Thirdly, the judgment of the Constitutional Court has rejected a saving interpretation of the legal precepts expelled from the original legal order, denying the possibility that the judicial bodies constitute the norm and which may well determine the existence or not of an increase in value and the elements of the taxable base, the periods and the corresponding percentages. As a result when considering this possibility we would count the legal security principle foreseen in article 9.3 of the Spanish Constitution, to the principle of reserve of law in tributary matter, proclaiming in article 31 of our Magna Carta, and the principle of equality, established in article 14 of the Constitution.

For all these reasons we are in favor of all the capital gains paid in the four years prior to the reading of these words until the imminent reform of the articles that regulate the calculation of the municipal capital gain, in which the main political parties have been agreed upon for its imminent reform, without prior notice from any national television network. We inform you that the only thing to keep in mind is that said goodwill requires a prescribed period in terms of your legal claim; four years and one month or four years and six months, from the date of reading of the present words and until the reform of the aforementioned law by all the political forces of this Nation. Imminent reform but not materialized to date.