By: admin_pagrean
In: Leasing
Tagged: lease, purchase
With: 0 Comments 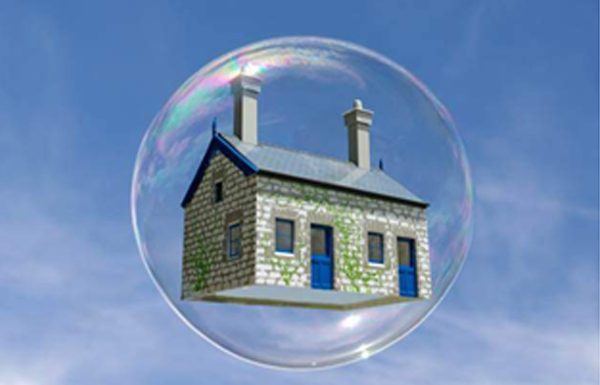 I´ll apologize in advantage if I avoid talking about the issue that concerns us for a few lines in order to introduce it through the following imaginative prologue and with no intention of offending.

The «boom» of construction is a bittersweet memory of the past decade that has made us both yearn and curse at the same time. While the financial institutions were accommodated by the support of the State and European financing, loans, credits and a quantity of financial products were granted so diverse that they would make Adam Smith rise from his grave and repeat to us his Theory about the Moral Feelings

In this beginning of excessive enrichment, financial entities did not demand more guarantees to secure their loans, for example, than a photocopy of the ID of each interested party plus the property subject to the loan. As such, a situation whereby, like everything else in life “the last drop fell down” and defaults began, construction collapsed, unemployment went up and the indebted ones were ruined, but not before facing tedious and expensive judicial procedures (we must bear in mind that ownership of real estate in Spain is always those who buy it, regardless of whether the banks have lent the money that made it possible, so in case of default is the bank who must go to trial to claim the property of the owner to compensate the unpaid debt by its client-owner. Therefore in Spain the owner of the property is not the lender, he is the borrower). Such procedures, functioned purely to contribute to maintain that doubtful asset in the annual balance sheets of the same under appraisals of previous decades (their real price after the crisis was clearly lower) and forced to keep them in the balance sheets to feign an overwhelming wealth instead of an imminent bankruptcy, contributing so that banks will be ruined, starting a symposium of rescues, mergers (many of them forced or conditioned … Who knows …). Purchasing of financial institutions for ONE EURO, in short, the financial entities had hit rock bottom and the tactic of «every man for himself» was coming to an end. Now we will proceed, only, to try to calculate the effect that this has caused in the current real estate market.

Nowadays, it is true that financial entities grant loans for the acquisition of houses yet scarcely financing 80% of the value of the same one and in fewer cases accepting the guarantee of something whose value can be inferior to the double of the requested one on loan, for example. Real estate is still a guarantee of payment but financial institutions are no longer a desirable guarantee due to the immense number they carry. The entities do not want more real estate as they dream of not having more and that is why they sell portfolios of thousands of them to Investment Funds for ridiculous prices with the sole purpose of removing that real estate asset from their balance sheet and recapitalizing their accounts. These funds, however, do like real estate, being rented or resold it and doing everything possible to earn more money with these as long as possible. This has been the prelude to the fact that the real estate of a city ends up in a few hands and that the price does not go down but on the contrary, it is maintained or even goes up.

In exponsing the above, I´d like to point out that as one of the consequences of the experience of those entrepreneurs with ample capacity to reinvent themselves and get ahead, “A NEW BOOM”, otherwise known as tourist leases, gegan in Spain. It is evident, it is inevitable but above all it is lucrative and this has reconfigured the «modus operandi». At present the dilapidated building is rehabilitated, the empty flats are full, the demand for air conditioning machinery has skyrocketed, the construction sector returns to work and, despite that, the hotels of the capital continue to enjoy their long-awaited and always loved «overbooking». The price of leases for the use of housing has escalated throughout the province, meaning that the average salary is not enough to rent in the city nevermind buy a house. In fact the lease is cheaper than buying a house at interest fixed or variable rate for thirty years which is easy to demonstrate.

«Offer and Demand», is what makes the price rise or fall. The sale of real estate in the capital has been exclusively for those with wealthy pockets. The new future is renting and the middle class will be doomed to live in dormitory cities around the capital, or to start a new life in it´s forgotten neighborhoods, given the high cost of leases as we approach the city´s historic centerre. The overpopulation of the cities and the depopulation of the towns forces to it, meaning that people  leaving in the town are forced to go to the city. In addition we also have to the most important variable which is tourism. I think any New Yorker or Londoner could give us a summary of what is going to happen to us, don´t you think?

That said, assuming that we were owners of several properties and their periodic expenses will push us to get them performance, we only have to get one thing clear and that is what type of lease is best for my property? It is not an easy question.

Assuming that none of the previous buildings was a store or had the attraction of an office then in that case we would only have two options: tourist lease or conventional lease. We must also bear in mind that it is the Autonomic Government that regulates all matters related to tourist leases and does so through its Decrees 194/2010 and 28/2016.

If we, for example, consider owners who have a considerable portfolio of properties, we should take into account if they have three or more houses in the same community of owners or the building itself (which could not be labeled as a community since if there was only one owner of the same it would not be governed by the Horizontal Property Law), this would lead then to be governed by the first Decree, otherwise by the second (roughly).

Both decrees are focused on tourist rental equally, although it should be noted that the requirements on a property are greater than on three or more contiguous properties in the same community of owners who belong to the same owner or operator.

We must be aware that the communities of owners (if the tourist leases are in a building governed by the Horizontal Property Law) can, and do, prohibit in General Meeting the performance of the tourist rental in that community with an absolute majority in the voting. This would imply that the investment disbursed in adapting the property to the matter that occupies us can fall into a broken sack.

Advice and management of real estate, the first more important than the second but both important equally. To have the necessary support in the management of a real estate patrimony in whose market the dynamism advances constantly and at a high speed. It´s a task which requires daily dedication and should any legal problem occur against individuals or public entities, on in otherwords legal representation, must be ready and prepared to protect the interests of its clients, which are joint and reciprocal interests to them.

The market of the tourist leases has begun and the conventional leases has increased the demand and consequently the price. Those that mark the difference in the distant future will be those that avoid falling by the saturation when the bubble explode, which at this moment is starting to get bigger. The consequences of this outbreak are nothing more than assumptions on a blank sheet that simply have to be taken into account to avoid the economic repercussions of past times.