By: admin_pagrean
In: Successions
Tagged: Inheritance Tax
With: 0 Comments 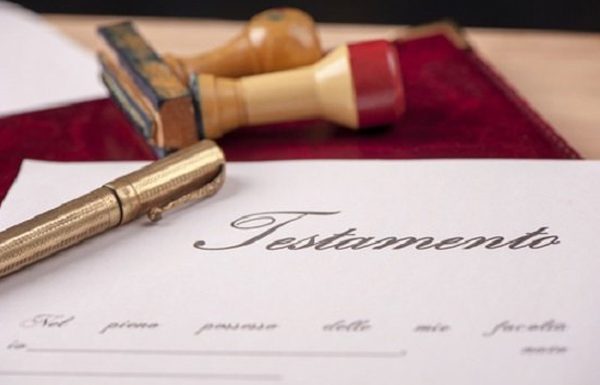 Inheritance Tax is one of the oldest taxes in our history, since it was at the time of the Roman Empire when it was established with the intention of helping to pay the cost of the military strife that was taking place at it’s borders. Such tax was a whopping figure of 1% on the hereditary wealth of the deceased. This article is aimed at finding the «Achilles Heel» and why its existence means «The Sword of Damocles» for the average saver, in Andalusia …

Inheritance Tax is a state tax assigned to the autonomous communities (among other taxes) with the sense of nourishing enough income so that they are able to meet their economic obligations, say health, education, safety, etc … That is to say, it is a state tax whose cession to the autonomous community turns it into a manager and this does not grant the power to repeal or modify it but they can establish enough liens or bonuses as to be a disproportionate or totally light tax.

In the aforementioned tax we could talk about innumerable vicissitudes, simplicities or pragmatic solutions to the neglect of many or the justice of a few but it seems the most opportune to focus on real estate valuations, since «The All Knowing Andalusian Autonomous Real Estate Market» (It could be the title of the new installment of The Godfather IV Part) ends up becoming the judge and executioner of it.

Real estate, as we know, is part of the hereditary wealth of an inheritance, but who values it? What criteria are followed to value them? What valuations are they based on? This article seeks to clarify these questions, as well as to show the non-existent reasoning in economic justice that we still live in Andalusia and in most of Spain.

When a resident of Andalusia dies and has the luck, effort, dedication, perseverance to leave behind a certain patrimony or let’s say that he won the lottery and instead of spending the prize collecting soccer shirts, he decided to acquire real estate, be it to guarantee a decent home for close blood relatives, invest so that in their old age they have a comfortable income that allows them to travel by taxi instead of bus or lend such properties to their less fortunate relatives to live in a decent home and not to go through hardships. In these cases, their value must be taken into account. This value begins its marathón through the cadastral value, that valuation that we all see in the receipts of IBI (real estate local tax) that we receive every year to contribute to the municipal coffers, of what we suppose and trust that is the transformed valuation in tax rate calculated by the City Council (through a multiplier) for the maintenance of the municipality. In this IBI receipt there are always two values: The value of the construction and the value of the land, the sum of which both constitute the value that Cadastre (the national agency in charge of organizing and valuing the properties of all Spain except Navarre, which Cadastre owns) gives your property based on its revaluation or undervaluation of the land which can go up or down and construction (always low, unless we undertake reforms in a case by which it would rise).

Now we are occupied by the governmental management entity, the assignee, the Junta de Andalucía (in the case of Andalusia). Having said that, the Board (like all autonomous communities) take the aforementioned values and apply multiplying coefficients to find their real value, the market value so the theory goes. These multiplying coefficients are values that depending on the municipality will lead to an increase in the cadastral value according to the last year of the revision by the Cadastre or what is the same according to the Order of July 18, 2016, which approves the coefficients applicable to the cadastral value to estimate the real value of certain urban real estate:

In them we can see that the year of the last revision of the cadastral values in each one of the mentioned municipalities is not in harmony with the multiplying coefficient and we have to suppose that the Andalusian Government knows with amplitude the real estate market that occurred in its territory, which roughly way comes to be, for example:

Its multiplying coefficient would be, according to its municipality, 2.55, which means that if the cadastral value of this floor is 80.000 euros (construction + land, as we have read previously), the resulting value according to the Junta de Andalucía de 80.000×2,55 = 204,000 euros.

This is when we put our hands to our heads and when we fail to be able to understand how our property, which we would hardly be able to sell for 60.000 euros is valued at 204.000 euros. This is when we are defenseless, exposed and lacking prior reasoning, because any approved valuer knows that an attic floor is the worst valued of all those integrated into a community of owners, which suffers most from the suffocating heat of summer, the most exposed to the filtrations caused by the humidity of the rain water and the breakages of the communal elements that are in the upper deck and whose spillage has an immediate effect on the attic itself, as well as problem that one notices the most when the lift of said community breaks down. As you can see, that type of valuation is not relevant and we only have to discuss it with a contradictory expert appraisal that the Junta de Andalucía never estimates and we always have to resort to higher bodies. In addition, we must assume that the increase of 255% of the cadastral value must be due to some kind of reasoning that our intellect is unable to achieve because the Order of July 18, 2016 is so overwhelmingly simple that it is incomprehensible from a rational point of view.

Amd we have not finished there. We continue

Now imagine that the owner of this property is a self-employed tenant of the hardware store that is in that same neighborhood, widower and childless who throughout his life has saved and that these savings have been invested in the acquisition of three more properties in the building previously exposed as an investment. He paid the property transfer tax when he bought the real estate, he paid the improvements, the works for damages, the annual IBI and the monthly community bill of all of them each month. Now he dies and only has a nephew who is unemployed and decides to continue with his uncle´s hardware business with whom he was very close. As it turns out, the house his uncle called home (which is mentioned above) plus the three buildings of the same building (imagining that the values of each are equal and would not go too far) would be an inherited result, according to the official accounts of the Junta de Andalucía of 816.000 euros but not without first calculating the Domestic Settlement, which is the minimum percentage that the Junta de Andalucía uses to calculate the deceased’s belongings and personal belongings to include them in the hereditary wealth, which his universal heir would receive (in this case his nephew), this being 3% of the value of everything inherited minus 3% of the value of the habitual residence. Yes or yes, the batter hits the wall! Again. Here there is no possible negotiation. 3%, like it or not. It does not matter if the deceased only left old clothes and his collection of Victorian cushions made in China.

To not extend and generate an alphanumeric symposium, we could only add the multiplier increase because he is a distant relative and not direct, so the total hereditary wealth to be inherited by the «UNLUCKY» nephew is, according to the Junta de Andalucía, 1.075.401, 89 euros (remember that we are talking about four properties that were hard to sell for 240.000 euros all of them, an amount to which we should subtract other taxes on sales and the supposed wealth enrichment of them).

To this hereditary wealth, according to the tax rate, it would correspond to paying, more or less, 308.681 euros for the inherited.

In this practical example we have assumed that the deceased has no money in the bank or shares, nor a piece of land of olive groves that he inherited from his father and this in turn from his grandfather, neither a car nor a motorcycle. We have come up with a very common case of an average saver whose decision was to invest in real estate and not in another type of item.

Hopefully the nephew will achieve that amount before six months after the death of his uncle because otherwise, if he does not ask for a postponement of another six months, the Junta de Andalucía will reload 20% on the debt he has contracted, and the real estate is not worth anything as payment, only money which the nephew does not have.

He must manage to sell everything or receive finance and get that amount in a maximum period of ONE YEAR or otherwise it is worth giving up the inheritance before accepting it. This is many citizens do in order not to get trapped for life. So there is a modest and much worked heritage in the hands of the public treasury after making it impossible for the family to inherit what the deceased left in their will.

At the end everything can be summed up in one sentence; if you do not have 300.000 euros at hand or you can not find anyone to lend it, you would end up owing 450.000 euros (interest and commissions included) to pay for houses that are not valued at more than 240.000 euros in the real market. This would be the correct moment to say:

«Leave the gold on the sand and run to save your life.»