By: admin_pagrean
In: Foreign trade
With: 0 Comments 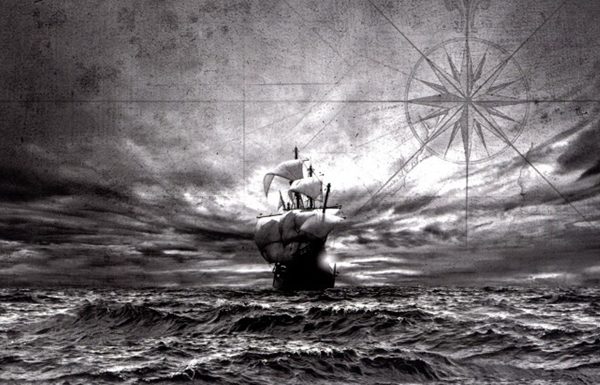 The global economic crisis has pushed countries with trade deficits (see Spain) to promote a growing business internationalization, an act that has meant a significant investment for this facet and therefore a change of mentality in our concept of sales, customers and logistics. Globalism has driven companies to cross borders in search of customers and previously unknown demands to adapt, evolve and reinvent what they were and had learned to date and has undoubtedly influenced prices which in turn has coerced wages and the latter have conditioned the purchasing power of the client.

Globalization forces us to move, it demands dynamism or else we will end up perishing in this frantic commercial fight in which we find ourselves. In times past, the owner of the land hired day laborers to plant cereal and due to a shortage of this the price was high. This meant planting simply and cheaply but selling something succulent and wonderful for those who wanted to live quietly and without complications expensively. Now, cereals are marketed in commodity exchanges. The largest producers in the world, Russia and the US, set their price and the farmer who once just waited for it to simply grow now must innovate new crops to achieve profitability or cover costs which have been lost due to bad seasons. We have the competence of countries with lower development and therefore with a cheaper workforce, given that in that country the cost of living is lower (nothing unjust from my point of view, it is pure logic that in a country a euro where the wage needed by a resident to live on is 20 cent a day, a euro would be seen as a good salary). This makes products whose investment is minimal (cereals, etc.) and the less developed state exerts a heinous competition on the more developed whose labor costs are multiplied by ten. This is what makes us innovate, invest in machinery, R & D, new products or whose economic capacity puts us in a situation of technological advantage to produce more, better and at a lower price. Hence, Spain has become the largest producer of olive oil and not long ago that also the world’s largest exporter of the aforementioned product. So, what used to generate the main profit for Europe, for example wheat and tomato, are now found at more profitable price in Morocco whereby we should think about make tins, don´t you? There is no longer room to settle in the armchair, the dynamism is what keeps us alive and what helps us to walk.

The excessive tax regulation, as well as the bureaucratic obstacles that arise from any management born of entrepreneurship, has meant that there are only those who have survived the crisis, with experience and purchasing power. They are the ones who go abroad, they are the ones who ended up giving up tomatoes and cereals to invest in olive trees and the machinery used to cultivate such trees to produce more, better and at a lower price and sell their product abroad at a higher price than the one they sold it in the internal market. They are the ones who take advantage of the trends and they are the ones who worry twenty-four hours a day in knowing the market fluctuations.

The Blue is that old frontier whose walls remain invisible and whose control is futile and innate because of its own nature and genius. As Christopher Columbus said, «The sea will give each man a new hope, just as sleep gives him dreams» and in defense of those discoverers whose impetus made them climb onto a wooden ship and direct their course to where gossip and «certain scholars » claimed that «fell into the void of eternal damnation». The story is repeated for that search for commercial survival, struggling to legally evade the tax demands of states or supranational entities repeatedly ask but neither offer solutions nor promote them. 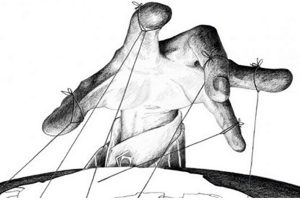 We continue to find ourselves in the palm of that Invisible Hand of which Adam Smith spoke, since state protectionism has become obsolete and impotent in the face of this free market in which we are and whose tentacles move the threads of our actions, those which push us to investigate, invest and discover in to make mistakes or to get it right and therefore learn.

Today we try to regulate these commercial relationships but we run into the legal regulations of a multitude of states that are opposed to each other. More often than we imagine, we try to govern those relationships through free will between the contracting parties of any legal business but we are often frequently exposed. This is how private international law has perfected and scrutinized clauses governing our contracts (Incoterms, for example), open courts and unimpeded commercial contracts (London, which is most required to resolve international trade disputes) and rules by which problems take little time to resolve after agreeing arbitrators and the Chambers of Commerce as the main decision-making actors at the private level.

Business generates business and in international trade we see the best recent example of said reality. Shipping companies have had to invest significant amounts of their resources to build ships or borrow more to make their life profitable (twenty years maximum, roughly), adapt to international and state requirements of the flag they fly. The logistics have become more meticulous and the scrupulous amalgamation of forms, types and class of shipments has required the specialization of large companies in this task. The payment method has been a major headache for shipowners and charterers for centuries, however today we have a significant advance in telecommunications. This has meant that start-up companies are dedicated to guarantee payments based on the study of the market. The company whose collection is guaranteed for thirty, sixty or ninety days and is like on international financial institution but specialized only in trade, does business generating money on the debt of others during a period of time . Greater period greater risk, greater risk greater money. As said previously, business generates business and reinvention is the key.

2018-03-05
Previous Post: Leave the gold on the sand and run to save your life
Next Post: Claim Surplus Value (Plusvalía)